Advocating for Affordable Housing Since 1999

Since its inception in 1999, the Huntington Township Housing Coalition has played an important role in expanding affordable housing in Huntington. The Coalition’s voice articulating the plight of Huntington’s moderate-income and working-poor families has gained in volume, strength and numbers, to the point where the Town Board as well as state and county officials and Long Island housing advocates now acknowledge the Coalition as an important stakeholder in the affordable housing discussion both in Huntington and on Long Island

The Coalition fought for the 2019 bill to extend the ability to create accessory dwelling units in homes with 50 foot frontage, and to allow the homeowner to live in either unit.

The Coalition has presented our Housing Summits in 2016, 2018, and plans another for 2020.  They are typically attended by over 100 advocates, providers and government officials.  We also presented to the Town Board our 2016 and 2018 Housing Surveys which helped drive action toward new legislation. Our new 2020 report, “Housing Horizons 2030”, is the most detailed report to date.  Using a $7,500 grant from the LI Community Foundation and Veach Foundation, along with other funds raised by the Coalition, a public-education campaign was launched in the fall of 2014 about the need for affordable rental housing in Huntington. Through these and other informational campaigns, the Coalition has assisted in changing the attitudes of both government and the public towards rentals and affordable housing.

In 2017, the Coalition celebrated the grand opening of Highland Greens, an affordable limited-equity co-op that serves residents who seek and need rentals.  Originally proposed in 2000, the Town Board adopted a resolution which stipulated that Ruland Road in Melville should be 114 one-bedroom units of affordable “family housing.” Because one-bedrooms were hostile to a family environment,  a lawsuit was filed that dragged on for 10 years.  The Coalition was at the forefront in supporting  the idea of affordable housing for families, turning out speakers at Town Board meetings and organizing telephone, letter-writing and media campaigns in support of affordable rentals at Ruland. When Town Supervisor Frank Petrone suggested a compromise to create Limited Equity Cooperatives at Ruland, which would serve the same population as the affordable rental units, the Coalition lent its support to this plan which was adopted by the Town Board in February of 2014,and the development opened in 2017 as Highland Greens.

The Coalition has long supported apartments-above-stores as one option for expanding affordable housing in Huntington. During the Renaissance Downtowns crowd-sourcing process to identify priorities in the revitalization of Huntington Station, the Coalition urged supporters to vote for apartments- above-stores as a revitalization priority. As a result, Renaissance Downtowns is now committed to these apartments as one of its development priorities for Huntington Station. The first of these buildings, the Northridge building,  broke ground in 2017.

The Coalition was an active supporter of Avalon Bay as it clearly met the Coalition’s goals of providing diverse and affordable housing. During a two-year pubic controversy, the Coalition conducted several public meetings to educate the community about the project and to garner support for it. As opposition built to Avalon Bay, the Coalition led a broad coalition of community groups in support of the complex which, in 2012, was finally approved by the Town Board in a somewhat scaled down version, but with 20% of the units affordable, serving a range of incomes. AvalonBay opened in 2014.

Established in 2004, Millennium Hills in Melville consists of 84 units; 40 units are allocated to low rent public housing families, while 44 units are allocated to first time home owners from households ranging from 50 to 80 per cent of the area median income. The Coalition was successful in helping the Huntington Housing Authority that administers the public housing portion of the complex, to obtain a low interest loan from the Unitarian Universalist Church in Shelter Rock. These funds enabled the Housing Authority to purchase and resell vacated units, thereby extending the benefits of home ownership to more low income families.

In the fall of 2014, HTHC carefully studied a resolution proposed by Councilwoman Tracey Edwards that would require the permitting and annual inspection of all non-owner occupied rental units as is required of owner-occupied homes with accessory apartments. At the recommendation of the Coalition, Councilwoman Edwards withdrew a provision in her resolution that would have penalized renters for living in a non-permitted rental unit. A Town Board adopted this resolution in January, 2015. The Coalition is monitoring the impact of this new law on the rental-housing market.

During March, 2015, Newsday ran an in-depth series on so-called zombie homes that have been abandoned while they are in foreclosure proceedings. Coalition leaders met with Councilwoman Tracy Edwards to discuss options for Huntington to take ownership of these homes and convert them into affordable housing. In April, the Town Board passed a resolution creating a consortium of stakeholder organizations – including the Coalition – to make recommendations on how to deal with this problem.

Created in 2001, the Huntington Town Board established this entity to monitor the use of, and make recommendations on how the funds in the trust fund should be spent in advancing the goal of affordable housing. The Advisory Board is charged with formulating specific program recommendations for the Town Board’s consideration. The Coalition has served in a leadership role on the Advisory Board and has helped to promote affordable housing initiatives.

Developed by Housing Help Inc., Matinecock Court will be an affordable housing complex to be built at the intersection of Pulaski and Elwood Roads in Greenlawn. The development is to be comprised of 155 units, with half being home ownership, half rental. The building of Matinecock Court will mark the culmination of over 30 years of multiple law suits, bureaucratic maneuvers and delay, bitter neighborhood protests, and intense controversy. In August 2002, the Town settled the last law suit, clearing the way for this unique plan that will serve as a prototype for future suburban affordable housing developments. Finally, the hopes and dreams of countless moderate and low income families desperate for quality, affordable housing, will be realized. 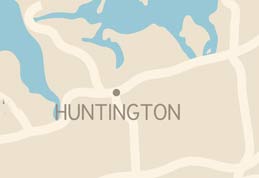